How To Go From Unemployed PhD To Successful Industry Professional

Cathy was in a tough place.

She had just completed her PhD and postdoctoral research at Ludwig Maximilians University.

As part of her work, she discovered candidate therapeutic targets for Multiple Sclerosis, which led to a publications in Nature Medicine and Neuron.

Not easy journals to get into.

Overall, her academic career was a success.

Cathy realized that the academic career track wasn’t right for her. At least not right now. Instead, she became interested in getting a job in industry and eventually decided to leave academia.

The problem was she didn’t know where to start.

She also had this nagging feeling that she wasn’t good enough to get a good industry job. She felt like she was doing something wrong by leaving academia.

As a result, she ended up stuck.

Not knowing what to do next.

Cathy ended up somewhere she thought she would never be…

Yet, she couldn’t shake her feelings of despair and confusion.

How did she end up here?

After 3 months of being unemployed, Cathy decided to take a chance.

She decided to get help.

She flew through the program, completed her Industry Transition Plan, and started applying to industry positions strategically.

Cathy enjoyed benchwork, but she wanted a break from it.

She wanted to try something different.

This was a real sticking point for her. She felt like she was betraying her mentors, peers, and even herself by wanting to leave academia.

But this was all in her head.

Eventually Cathy realized that she could move into a different industry and be both happy and successful. She realized that her happiness was more important than what other people may or may not think of her.

She also realized that despite what some fear mongering people tried to make her believe, she could always go back to the bench.

With her new mindset in place, Cathy started using her Associate knowledge to apply to publishing editor positions.

Within a few weeks, Cathy got the job she wanted.

All her past stress, confusion, and depression went away instantly.

To celebrate, she went to Iceland with her husband.

Cathy’s story is a success story.

Wherever you are at in your PhD career–postdoc, graduate student, or even unemployed–you can turn your story into a success story too.

Whether you want to get a PhD job as an R&D project manager, an application scientist, publishing editor, or sale specialist all that’s standing in your way is the right strategy.

She’s a a real PhD who really was unemployed. Now she’s successful and, most importantly, happy.

You can see it in her face…

What Cathy Did Differently

Every time a Cheeky Scientist Associate gets the industry position of their choice, we follow up with them to ask them how they did it.

What did they do differently?

What strategies worked for them?

We asked Cathy these and other questions and are sharing them with you here so you can turn your story into a success story.

1. Which strategies made the most difference in helping you get the job?

The biggest game changer was putting in individualized effort on resumes and in researching the company thoroughly.

I thought I was putting in effort before by reading the job posting carefully and skimming the company’s website. This was not enough.

Once I started really digging into things like the company’s culture, their patents, financial reports, acquisitions, and other very specific information, things started to change.

This specific knowledge of the position and company  came through on my targeted resume, which in this case I had to submit online.

It also proved very useful during the interview.

This might sound unusual but I overprepared for the interview and then went into it assuming I wouldn’t get the job because it was outside my domain.

As a result, I was completely relaxed and just had fun. I could tell the interviewers really liked this.

I was relaxed, but not sloppy. I was completely engaged.

In fact, this was the first time I walked into an interview prepared to interview the other side instead of just letting them interview me.

I didn’t even realize this was a possibility before joining the Cheeky Scientist Association.

I should also mention that I did a lot of mock interviews. I think all PhDs applying to jobs should do this–just treat it like a mock thesis defense and go through specific questions and answers with 2-3 people across from you.

In terms of things I did wrong, I was asked “How would you communicate differently with someone who didn’t speak English as their first language?”

I could tell by the interviewers body language that my answer was a little off so I just stopped talking instead of continuing to talk. I’m glad I did stop!

3. If you could go back and talk to yourself a few months ago when you were unemployed and at your lowest point, what would you say?

I would have told myself to be more patient and not be so hard on myself. I would also tell myself to get help sooner–it really made a difference.

Oh, and I’d tell myself to be ready. Once you have the right strategies in place, everything will happen at once. You’ll suddenly get an interview, get a job offer, and then be on a plane with your husband celebrating in Iceland! 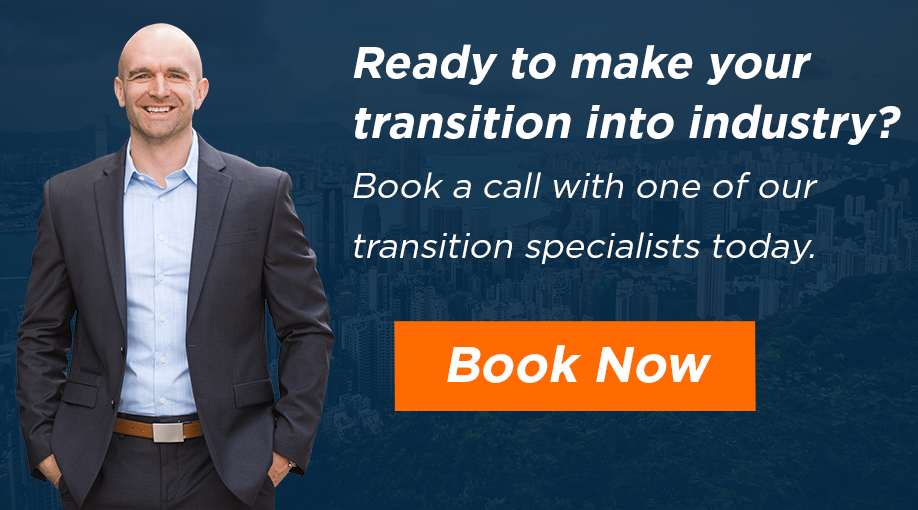 Every week, we at Cheeky Scientist scour the Internet for the best articles on topics that help in the search for the Best of Transition: PhD Job Search in the industry. Our two consultants independently search for the most informative articles in the categories of networking, CVs/resumes, interviews, transferable skills, academic blues, industry positions, and business acumen. Our consultants vote on a top article for each category and a top overall article for the week – if it’s a recent article that can help readers find and acquire PhD jobs, then we want to include it in this weekly digest.… I just got off the phone with an old friend of mine.  We were researchers at the same lab back in our university days. We had lost touch, but when he found me on LinkedIn I couldn’t wait to hear what he’s done since graduation.  He told me he had not wound up in chemistry, which had been his major. Biomolecular chemistry, he reminded me. Instead, he decided to pursue a career in patent law.  Here’s his transition story: I was in the process of earning my PhD in biomolecular chemistry. That’s where I learned that patents were unrecognized by… PhDs in the sciences and humanities are not qualified to work in finance or business. At least that’s what I thought. That was until I started hearing more of my former colleagues talk about their transition into consulting and financial service roles. These were people who specialized in very niche areas of science. I was surprised to learn that their skills were needed in the financial and business sectors of industry. What can a PhD in the sciences or humanities possibly contribute to finance and business? As always, it comes down to your transferable skills. These sectors are seeking highly… I was defending my PhD in 6 months, and I still had no idea what I wanted to do. What job did I want? Where did I see myself in 5 to 10 years? My goal was to get out of academia and into industry – and as quickly as possible. Beyond that, I hadn’t thoroughly considered my options. In fact, when I finally sat down to apply for jobs, I blindly searched for open positions using standard terms: “Researcher,” “Scientist,” “Biologist,” and so on. As a science PhD, that’s what I was qualified for, right? What I didn’t appreciate… 6 Research And Development Roles For PhDs (Not Just Research Scientist)

When you envision yourself in an industry role, what do you see? Like many PhDs, you might imagine yourself in a research position where you are developing and performing experiments, analyzing data, presenting the data to your research team, and so on. After all, that’s what your PhD has trained you for, right? But if the thought of spending a life-long career conducting experiments fills you with dread, start looking beyond the bench. There are plenty of fulfilling career paths within Research and Development (R&D) that keep you close to the innovation. As one Cheeky Scientist member recently shared:  … Like many PhDs, you may think that Research and Development is the only department in industry that hires PhDs. But the reality is, your skills are needed in every area of industry. That means that every single department within a company is seeking PhD-level candidates. In fact, there are five core industry career tracks that can provide PhDs with meaningful and rewarding work: Information and Data Management (this is a broad category that includes everything from Patent Analyst and Informatics Specialist roles to Medical Writing and Data Scientist roles), Research and Development, Clinical and Regulatory Affairs, Classical Business (e.g., Management… If you recently started your job search, you probably feel the pressure of proving that you’re a good fit for the industry roles you’re applying to.  You have to carefully craft your cover letter, resume, and LinkedIn profile, and prepare for countless interviews just to prove you’re  qualified for a position.  This pressure can make you feel that employers hold all the power, and the only thing that matters is convincing them that you’re the best candidate for the role. Don’t let this pressure make you neglect other key components of a successful career, like company fit.  You’ll likely accept… 8 Work Qualities PhDs Should Assess When Planning A Career Move

If you have a PhD, you’re among the 2% of the population who has committed to push a field of knowledge forward.  That makes you one of the most innovative people in the world. This is something special. As such, you deserve to work in a position where your tenacity and ability to solve problems are out of good use. Where you feel satisfied and are rewarded for your job. That’s why I encourage all PhDs to look for an industry position, because academia is a dead end where dreams go to die. However, you have to be strategic when… Learn about the best 63 industry careers for PhDs (regardless of your academic background). In this eBook, you will gain insight into the most popular, highest-paying jobs for PhDs – all of which will allow you to do meaningful work AND get paid well for it.